Beginning tomorrow, Microsoft will begin rolling out the latest version of it’s productivity suite, Office 2016. The latest edition of Office will bring many new features to the suite, including the ability to collaborate on documents in real time, sync files to OneDrive in the cloud, and more. Once of the most welcomed features will be the addition of new Office themes, including a dark theme (pictured below). This has often been a source of complaint from many users who found the default Office 2013 theme difficult to read. 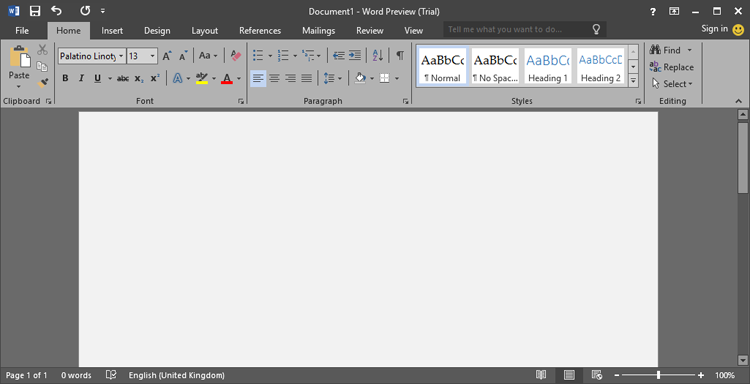 Those with Office 365 subscriptions will be able to continue getting monthly feature and security updates. Microsoft is calling this monthly updated release the “Current Branch.” The next Current Branch release will be September 22 and will include all the new Office 2016 app updates. This will be a free, automatic upgrade for all users with current subscriptions.